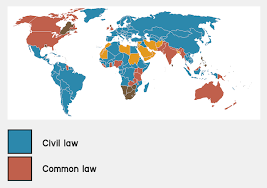 Donna Ross is a U.S. lawyer admitted in New York who also holds a Maîtrise in French law. She has over 20 years’ experience providing legal services to U.S. and French clients.

Through The Ross Law Firm, Donna Ross assists businesses with all types of legal matters concentrating in commercial and corporate law. This includes negotiating and drafting commercial contracts in a wide array of areas.

Her experience as a litigator, in general matters and international complex and general commercial litigation, has enhanced her transactional practice and contract drafting skills. She has represented clients in state and federal court and before administrative tribunals in New York and New Jersey, service of process in Hague and non-Hague signatory countries, letters rogatory and commissions for discovery, conducting depositions abroad and by videoconference, working with and supervising foreign and local counsel, and enforcement of foreign judgments in the U.S. derivative actions, partnership and breach of contract, breach of fiduciary duty and wrongful termination litigation. 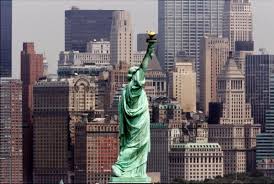 Ms. Ross’s practice focuses on commercial deals and disputes. As an experienced U.S. lawyer, she represents U.S., Australian, French and foreign companies and individuals in business dealings involving U.S. or international law, negotiates on their behalf and reviews and drafts agreements, explaining the difference legal concepts to clients. She also provides opinions on U.S. Law to Australian solicitors and barristers and foreign lawyers. She has significant preparing employment, partnership and shareholder agreements; import, distribution and agency agreements; NDAs, confidentiality and licensing agreements and is specialized in the application of the CISG (Convention on the International Sale of Goods) in signatory and non-signatory countries.

Donna Ross Dispute Resolution represent foreign companies, entities and individuals who are doing business, seeking to do business, or attempting to resolve disputes in the U.S. or with American counterparts.

Donna Ross lived France for many years, where she gained extensive international business experience working for French and European governments, companies and institutions and was the managing director of a language consultancy company. This has given her a first-hand understanding of the needs of businesses. She also assisted at numerous high-level meetings of Heads of State and ministers, government officials and legislators; CEOs executives, and corporate representatives of small and multi-national companies.

Ms. Ross earned a Maîtrise en droit des affaires (business law) at PARIS I, and was as associate to a Franco-German law firm in Paris, where she gained experience preparing, drafting and reviewing pleadings before the lower French courts (première et grande instance, JEX), la Cour d’appel de Paris (the Paris appellate court), the Cour de cassation (French Supreme Court) and the Cour européene des droits de l’homme (European Court of Human Rights) in Article 6 proceedings. She also advised U.S. clients involved in M&A or transactions with French companies on French law and differences between the two legal systems, as well as to French companies or lawyers dealing with U.S. clients and matter. She continues to provide consulting services to French lawyers, advises French clients on transactions with U.S. parties and negotiates and drafts agreements for them.

It is particularly important for clients to have counsel or a neutral who speaks their language and understands legal concepts in both civil and common law and can explain the difference between them.

Fully bilingual in English and French, Donna Ross can guide French-speaking clients in their dealings abroad, in particular with Anglo-Saxon companies and countries.